Piping is one of the most iconic elements of Highland culture and our feature piping event is the Pìobaireachd competition which is often referred to as the classical music of the pipes. This is a technical piece with each part being artistically significant. Often these are calls to gatherings, laments, praises, or descriptive

Arisaig Games also has a light music section covering Jigs, Reels, and Marches. The March is the military music where the piper marches round the platform in time to his music. When playing a Jig or Reel, a piper is normally playing for dancers, hence the reason for standing still on the platform tapping with one foot in time to the music.

Piping entries are taken at the secretary’s tent up until 12 noon before the draw which takes place at or shortly after 12. The competition will start at 12.30pm prompt.

Any late entries received after the draw has taken place will only be allowed to compete at the discretion of the judges and must be prepared to accept any position allocated to them in the order of play. 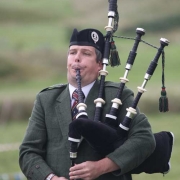 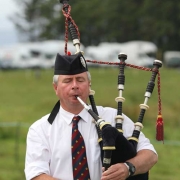 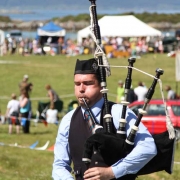